How Technology is Bringing Net-Zero Building to Reality 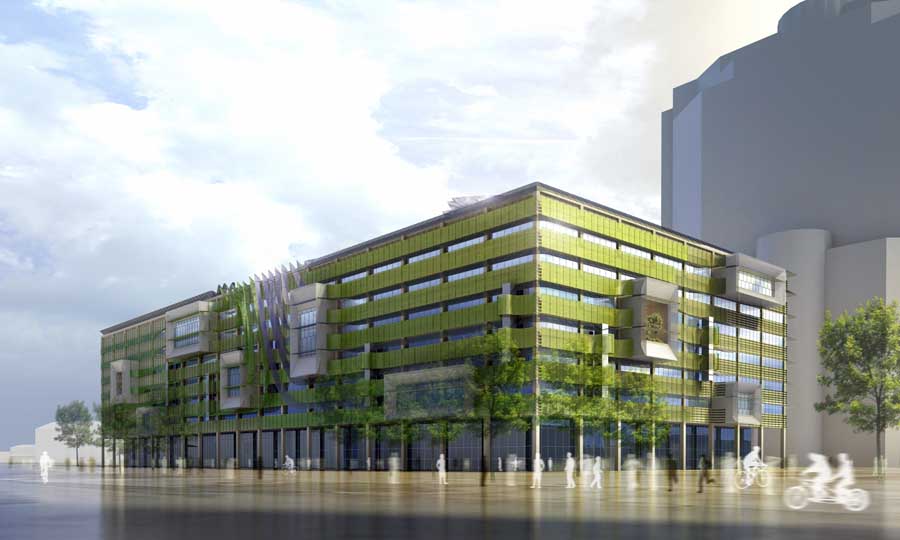 Energy loss being experienced by current building coupled with a growing concern over climate change and the debate as to what amount of contribution is manmade or made up has led designers to meet the challenge of creating architecture that meets the challenge of this question. Net-zero policies are being discussed on the local, state, federal and international level as energy conscious architects and planners invest in technologies that seek to reduce our reliance on certain depleting resources, such as electricity, oil and coal.

The Net Buildings Institute in its February 2014 report found that the number of commercial structures in the United States that are net zero energy has doubled since 2012, yet the sample size of these building is small (213), but growing. What is net zero energy and what are the technologies being employed by architects and designers to help reduce our energy dependency and reverse our negative impact on the climate.

Net-zero energy is predicated on a buildings consumption of energy commensurate to its ability to produce the same amount or more energy. Essentially this makes the structure energy self-reliant and able to harness natural sources like the sun to provide the stimulus for energy production and use. This idea is more than just solar panels installed on the rooftop of a home; it is a new way of thinking about design and construction to

An example of net-zero energy in real-time application is that of Zona home of Jacksonville, Florida. Designed with building information modeling software (BIM) by architect John Zona, the football shaped structure is designed to take advantage of different natural elements to maximize the energy usage of the home. From the northern exposure of that attracts cooler air to the lower surface areas (based on the football design) to the use of a greenhouse that generates sufficient electricity to the home, selling excess electricity to the local power company as a sort of “bank” when needed in the future. This coupled with a geothermal cooling system that meets the cooling needs of the home and contributes zero in terms of harm or damage to the environment.

The Application of Net-Zero Energy in Commercial Buildings

The Weed Army Community Hospital is an example of how commercial buildings can also adopt a net-zero energy plan to reduce its energy consumption. This project, under the auspices of the U.S. Department of Defense, has been designed as the first of its kind to incorporate both clean energy and renewable power sources in order to produce a net-zero energy, carbon-neutral facility. Technology plays an important role in reducing our energy dependency in both residential and commercial buildings. As the number of net-zero facilities continue to proliferate and incentives are created as well as a further discussion and understanding of benefits moving to net-zero energy policies, we may find that the need for debate on climate change will be diminished over time as more energy sustainable  buildings are created.