Going Green to Fight Cancer in More Ways Than One

The phrase “an apple a day keeps the doctor away” seems to be nothing more than a cliché these days, because very few people actually take it to heart and practice what it promotes – living holistically (and perhaps living green as part of living holistically). As much as there are a few people who do indeed take the “prevention-is-better-than-cure” belief very seriously, it is indeed better, but not something which prevents illness without fail, 100% of the time. When it comes to diseases such as cancer, by the time a sufferer finds out that they have cancer, preaching preventative measures really doesn’t help, especially when one considers that the causes of cancer are usually very subtle. We often get exposed to these causes unknowingly. 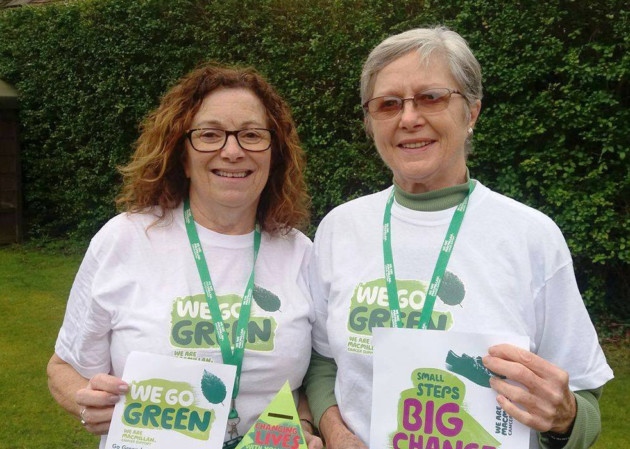 Green living is indeed one of the best ways to take active steps to try and prevent the development of diseases such as cancer, but as is the case with many cancer sufferers the only way in which going green is of value to them is through initiatives such as that of footwear retailer, Brantano.

Through this initiative, the shoe retailer’s aim is to help provide support for cancer patients so that they don’t have to face what can be a very tough medical battle alone. Brantano partnered up with Macmillan Cancer Support to run what they’ve dubbed the Go Green (or Go Mad) event, which kicked-off on May 30th. Together with this pioneering charity which specialises in cancer care, Brantano literally went green with all their stores throughout the country, turning them all green right along with all their staff. This Go Green campaign is only the beginning of a string of fundraising initiatives and events to come in the year, with upcoming events beyond the Go Green campaign to feature the footwear chain’s participation in Macmillan Cancer Support’s biggest fundraiser, an event called the “World’s Biggest Coffee Morning.” The World’s Biggest Coffee Morning event is earmarked for Friday 30th September and has Karen Staton (Brantano) looking forward to it. “We feel deeply honoured and privileged to be granted the opportunity to do some good, meaningful work with Macmillan, a leading charity which does some great work for many people who could really use some help and support,” she said.

The magic number is a very achievable £40,000, which Brantano aims to raise for Macmillan throughout the duration of the year.

As rightfully pointed out by Macmillan Partnerships Manager, Rhys Parker, over 2,000,000 people currently find themselves fighting cancer, some of whom have managed to win their fight with the disease. Perhaps more importantly however, Parker further pointed out that this current number is set to double to 4,000,000 by 2030.

Ultimately, it’s all about offering support for cancer sufferers from all angles because cancer is indeed one of the toughest battles anybody could ever have to face in their lives. Every little bit of support helps, especially if it’s genuine support which comes from the likes of Brantano, a shoe retailer with the nationwide reach to ensure the message is spread as far and wide as possible, soliciting engagement from a lot of people whose act of merely shopping for shoes could otherwise never be linked to their participation in providing help and support for cancer sufferers.

Visit www.brantano.co.uk for full details on how to get involved or just to get more information about the initiative.